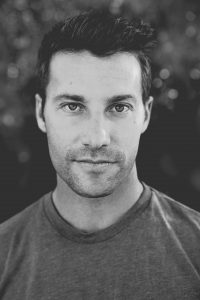 Most recently, Roth made his directorial debut with the documentary feature film, LIFE IN A WALK, which took home the Outstanding Achievement in Filmmaking Award at the Newport Beach Film Festival. LIFE IN A WALK follows Roth and his father, Will, on their trek along the Camino De Santiago, a famous pilgrimage through Portugal and Spain, where he listens to, learns from and discovers more about his hero than he ever imagined.

He is also the co-founder of Win Forever, LLC with Pete Carroll, which is an applied mindset training program for corporate leaders to develop a culture of high performance for individuals and teams to become the very best in their fields.

Throughout his career, Yogi has been exposed to some of the best coaches, thinkers and leaders. Such exposure has given him a chance to see first-hand what it takes to become a magnet to greatness. When I asked him to share some of their secrets, I was expecting to hear about teamwork, focus and hard work. In truth, his answer was far simpler, incredibly power and instructive.

During this interview, Yogi also shares about some of his greatest life challenges, along with the habits that have allowed him to gain the most value from each.

Yogi, a special thank you for generously sharing your time, stories and techniques for living with our listeners—your dedication to greatness is inspirational, and I’m grateful to know you!

Resources mentioned during the interview:

The Road to Character

The Rise of Superman

Here’s to Your Greatness,

P.S. If you’d like to attract the NFL players of your industry and aren’t sure where to begin, check out my lastest book.

“Through the power of listening and summarizing situations, Misti has an uncanny way of motivating not just you but your whole team!” – Susan Malone, Executive Director at Wide Angle Youth Media