A Phrase That Transforms Failure Into Fortitude 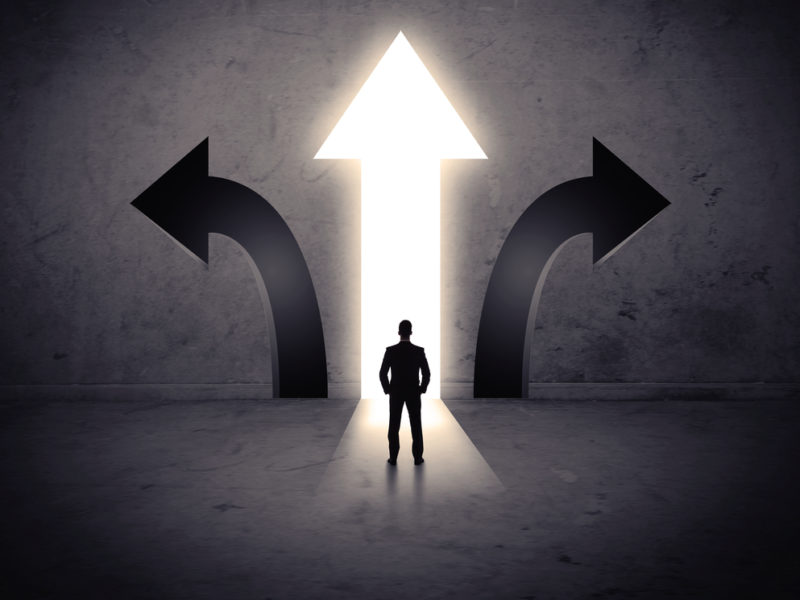 Fully consumed with excitement for my upcoming open water swim on a beautiful late September day, I rounded a curve on 695, just outside of Baltimore. Imagining the goose bumps from the frigid water engulfing my skin, I looked down at the temperature gauge on my car: 82°! The water was essentially calling my name… “Misti, come, But bring your wetsuit.”

As I weaved two lanes over to my left, pressing on the accelerator… nothing but clear road ahead… my car suddenly hit something so hard that I was in complete disbelief that I was still moving in a forward direction.

Getting Hit With Life’s Challenges

Quickly I realized that my passenger side tire (and rim) did not escape whatever I hit. As I made my way to the shoulder, I saw 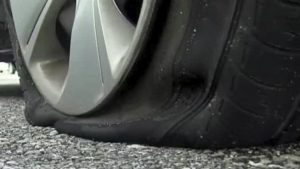 a cloud of light gray smoke as a dump truck came to a halt a football field in front of me.

“What the hell was that?” I asked him, even before making it close enough for him to hear me.

“What was that?” I repeated several times before he finally acknowledged my presence. (He was on his phone, and clearly trying to figure out what happened to His truck.)

“What WAS that?” I asked one more time, this time adding in, “It scared the shit out of me… my heart’s still racing.”

“It was a piece of metal,” Jonathan said in a calm-ish voice, as he pointed to his passenger side wheel. He hit that piece of metal so hard that it nearly ripped the wheel (which was practically the size of a human being) off the side of his truck.

In disbelief, I asked again, “Did you See what it was?”

“Yes, it was a piece of metal,” he repeated.

Challenging Situations Are Often Not Easy To Understand

My brain could not compute. How does a piece of metal on the highway jump under his truck, ripe off his tire And mine? How did I hit it without ever seeing it?

As we stood there waiting for roadside assistance, four more cars piled up behind us on the shoulder, one with two blown tires. I wondered if there was any way I would still be able to swim.

As frustration mounted, I listened to Jonathan’s concern about not being able to haul his second load for the day. That load clearly was an important part of his paycheck.

What You Need Isn’t Always Obvious

Standing there on the side of the highway with Jonathan, and now also Nicky (the woman who lost two tires), I was reminded of a saying I had heard just a few years before: 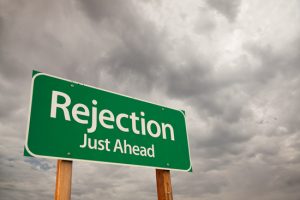 “I’m not a religious person,” I said to Jonathan and Nicky, “But there’s this saying that has helped me many times before. It’s helping me now.”

“What’s that?” Jonathan asked, now so comfortable enough to disclose how scared he had been when I approached him about what hit our tires. He had been trying to play it cool, but in reality his heart was racing too.

Turns out, not even men are immune to emotions. They’re simply more practiced at playing them off.

“God’s rejection is God’s protection,” I said, adding in, “This happened to protect us from something else.”

Soon after, the tow truck came and took my car to a mechanic just up the road. I could imagine that a hit that hard caused more damage then was immediately noticeable.

As it turned out, there was more damage under the car. But more importantly, my timing belt was 50,000 miles overdue. “If this belt goes out, it will destroy your engine,” Dan, my mechanic, said.

In that very moment I knew that hitting that piece of metal was essential to saving me many more thousands of dollars to replace my engine.

This same idea is helping me deal with a recent business failure and the loss of a friendship. While it’s awfully luring to go to a supreme space of frustration and self-blame, especially considering how much effort I put into both, there’s something deep inside of me, reminding me that: 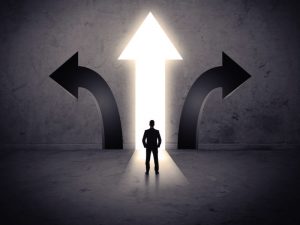 It’s a new day, there’s lots to learn and share, and no time to sit and waste, upset about what didn’t happen the way I thought it was supposed to. So instead, I’m listening as I wonder: what’s the plan, God?

Perhaps you too have had (many) frustrations with this pandemic. Maybe, even, you’re at your wits end with kids, work, health, and other family challenges. You were never set up to work from home, much less be a teacher, counselor, coach, and chef! And yet, here you are, taking one day at a time, learning and adjusting as quickly as you can. All the while you (and maybe your kids/team members) have a chance to see you as a human, and connect deeper as a result.

Here’s to Gods plan, and here’s to the gift of being human, stubbornly attached to what we planned for. Thankfully there’s space for it all.

Here’s To Your Greatness,

Misti Burmeister has been solving people problems and empowering leaders for nearly 20 years, increasing engagement and productivity across generations. Help your team reach its highest potential at https://MistiBurmeister.com