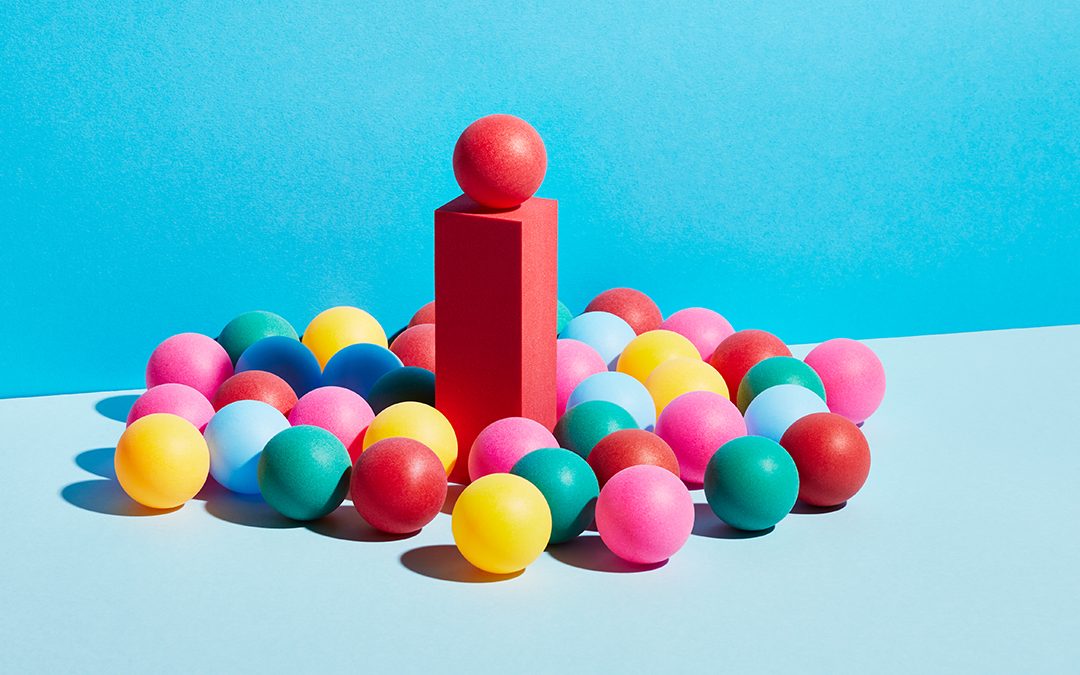 It’s not a matter of if you will get to a breaking point with frustrating people and situations.  It’s a matter of when. Everyone winds up with their back against the wall, frustrated and overwhelmed, at various points in their life and work. We all need a strategy for overcoming the remarkably difficult situations that life sometimes tosses our way. 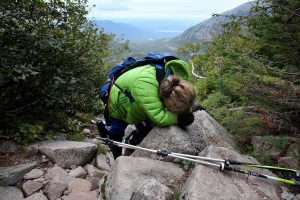 I know I did back in June 2019. There I was in the midst of the longest and hardest hike of my life, alone, lost, hurt from slamming my knee into a rock on a steep downhill, and beyond frustrated.

I had started this hike at eight-thirty in the morning, thinking I would give myself a thirty-minute break, arriving at my destination before four in the afternoon. This was only my third time venturing into the backcountry, and my first time going solo. To say I was a ball of nerves is an understatement.

Getting Past Negative Self-Talk

Getting past my soul crushing self-talk—“Don’t be stupid,” “This isn’t going to help you anyway,” “Turn around, and Go home!”—was nearly impossible as I made it nine miles to my first shelter, just the day before. Parking my car near Harpers Ferry in West Virginia, I finished day one at David Lessor shelter, which is among 260 shelters along the Appalachian Trail (AT), built for thru-hikers.

Sitting around a picnic table, eating dinner at David Lessor, I listened as several thru-hikers complained about intense soreness. They stretched and used a tennis ball to rub out their leg muscles. Turns out, they had just completed “the roller coaster,” which I later learned is one of the hardest sections of the AT. One hiker lamented, “Why couldn’t they have made the trail to go around the mountain?”

The Blessing And Curse Of Using Cockiness To Forge Forward

I wasn’t sure how else they could have designed the trail, but I sure was eager to show them up. A bit 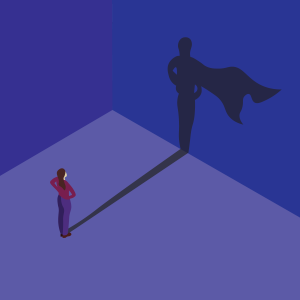 cocky? Of course! But hey, it was that same cockiness that got me out there in the first place. Honestly, I thought they must have just been worn down from the nearly one thousand miles they had traveled to get to David Lessor from Georgia.

Feeling fresh the next day, I thought I had what it took to rock this fourteen-mile hike to Sam Moore, the next shelter on the trail. Planning only for myself, I set an aggressive pace, and put on some music to distract myself from the rain, which started as soon as I got on the trail.

Three or four miles into the hike, I kept thinking, Is this what they were complaining about? I mean, it’s tough, but not that tough.

Welcome To The Real Challenge, Your Thinking

Right about that time, I came across a sign that said, “Welcome to the Roller Coaster.”

Wait, what? I thought I had been on the roller coaster. Before I could think about the challenge in front of me, I turned my music back on, and increased my pace.

By noon, I was spent. Whipped, and concerned about how I would possibly make it another ten miles, I took my pack off, sat down on a rock, and pulled out my lunch.

Facing Reality And Soldiering On

Exactly thirty minutes later (keeping to the time I had allotted for rest), I hoisted my forty-pound pack onto my back, imagining how good it would feel to get to the shelter and relax. Just a few more miles to go, I said to myself, ignoring the fact that I wasn’t even to my halfway point yet.

Focused, and committed to getting to Sam Moore by four, I hardly looked up, much less stopped to say “hello” (one of my favorite parts of hiking the AT) to hikers I passed. I was so focused on getting there that I missed a turn, and wound up hiking an extra half-mile in the wrong direction. Frustrated, I pushed harder to get back on the trail, effectively going another half-mile in the (other) wrong direction, as I overshot my turn once more.

Getting Lost In Negative Emotions 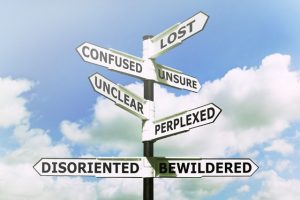 My heart literally sank into my stomach when I saw a sign for “Bears Den,” a hostel which I had passed a good half-mile before I had gotten lost the first time. I had gone at least another half mile in the wrong direction, adding an extra mile to the roller coaster.

Seeking to overcome the gremlins of self-criticism, I started repeating, It’s okay, Misti, everyone makes mistakes. You’ve got this! You’re doing great! Over and over, I repeated these words, along with any other positive thought pattern I could find.

At the time, I didn’t know that the best way to shift negative thoughts is to replace them with positive ones. The idea goes well with Newton’s first law of motion, which states that an object at rest stays at rest, while an object in motion stays in motion, with the same speed and in the same direction, unless acted upon by an opposing force.

Negative thinking will always continue, until acted upon consciously and intentionally with positive thinking. By the grace of God, I found myself repeating positive messages as I pushed harder to finish this darn hike.

Making It To The Other Side Of Difficult Situations

While it took me a couple more hours than I had planned, I did make it to Sam Moore. Had I stayed in that negative thinking pattern, there’s no way I would have made it, much less completed nearly fifty miles during a four day backcountry trip. 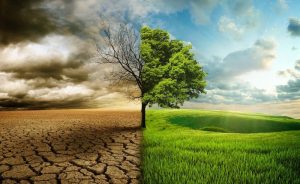 So how does this apply to you and your team?  As a leader, your greatest weapon against the negativity inside your thinking, and within your team, is to intentionally shift your thoughts and language to the positive. Look at the areas in your business, career, or team where you (or your team) is struggling. Can you hear the negative thinking/language?

You will always have plenty of reasons to focus on the frustrating elements inherent in every aspect of business. The question to ask yourself is, What thoughts, beliefs, and sets of words will help me (and my team) weather the storms with strength and vigor?

Shift Your Thinking, Shift Your Results In Heated Conversations

Case in point: one senior leader read the story you’ve just read in the morning. Later that afternoon, she found herself in a meeting with a group of lead engineers responsible for an important feature being added to their flagship software. Frustrated with the lack of information flow, which was important to their feature, Theresa joined in on the negative bantor. As sarcastic comments came rolling out of her mouth, she remembered—

Negative thinking will always continue
until acted upon consciously and intentionally
with positive thinking.

“All snarkiness aside,” she said as she shifted the conversation, “let’s figure out what we can do to ensure that other teams understand what information is important to us, so that they know we need to be in loop. Maybe they just don’t know.”

Deciding To Shift The Conversation 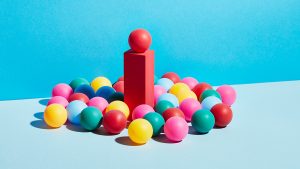 One decision, made by a conscious leader, shifted the conversation in a productively positive direction. Rather than waste any more of their precious time and energy blasting the other teams for their bad processes, the team was now focused on doing what they could to help them succeed.

Be relentless in finding the thinking and language that will bolster you and your team, as you move toward the goals and dreams that make the work meaningful and worthwhile.