Helping Others To Laugh At Themselves: Be A Mirror 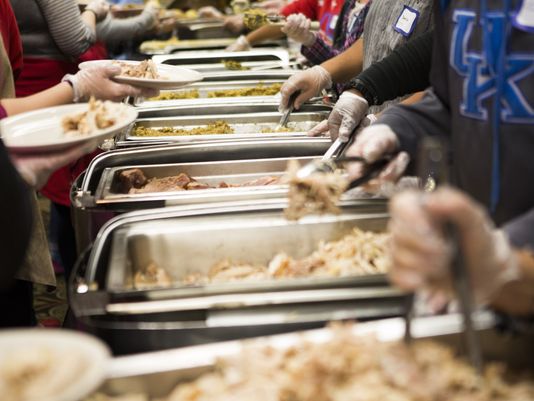 They’re Not Thinking About Others

Two days ago, I spent some time at a local church; working with a couple of members to sort out clothes. These clothes had been donated by the church community for refugee families in Baltimore.

I don’t enjoy sorting clothes, but I was inspired by what they were doing. So I just jumped in and started helping.

As we were sorting, they mentioned something about a buffet dinner they’re doing for these families.

“Well, it’s not really a buffet,“ one of the ladies said. “We can’t actually do a buffet […where people serve themselves…]. We have to have volunteers scoop out the food for each person as they come through the line. If we don’t serve them, they’ll take as much chicken as they can fit on their plate, and then there won’t be enough chicken for everyone.”

Listening closely, I felt my heart sink into my stomach.

“It’s like they don’t even think about all the other people who also need to eat,” she said as my heart did a belly flop inside my tummy.

“They don’t think about the other people who need to eat?” I thought.

And then I realized, of course they don’t think of the other people who need to eat. They are hungry, and fearful that they might not get enough.

An Acknowledgement Of My Own Insecurities

Instead of saying those words, I looked at both of them and said, “I’m a little bit embarrassed to admit this, but I was one of those people. It never occurred to me to think of others during times in my life when I was afraid I might not get enough to eat.”

As they stared at me in silence, I said, “I just didn’t know any other way. Growing up, that’s what we did. I learned that if I wanted to eat, I had to do so quickly.”

Growing Up From My Childhood In my mid-twenties, I attended a gathering in which there were fifteen of us and a grand total of maybe twenty chicken fingers. The host wasn’t much of an eater, so she figured this was plenty of food for everyone.

I, on the other hand, panicked. I grabbed my plate and filled it with as many pieces of chicken as I could.

I wasn’t thinking. Instead, I was reacting to the fearful stories I learned to tell myself over and over (as the youngest of four) in a family living on a tight budget.

Someone Seeing Me From The Outside

On the drive home, my wife Yvette chuckled as she picked on our host for the insanely small amount of food that had been prepared for fifteen people. Then, thankfully, she gently mentioned that it might be a good idea for me to allow everyone to get a portion before loading my plate. Even though it was Yvette talking to me, a person with whom I feel safe, in an environment where I know it’s ok to be imperfect, I was embarrassed and a bit defensive. Once she brought it to my attention, it made sense… leaving me feeling ashamed.

I thought I should have known. I also wondered if everyone else noticed what I had done. Were they judging me as a result?

I didn’t want this embarrassing behavior to be seen by Yvette’s family. (When complete strangers judge you, it’s easier to shrug off than those you want to impress, or whose high praise you crave.)

Learning to Laugh At Yourself

“The next time we go to their house for a meal, I’m eating before I go!” I said.

While my relationship with Yvette allows me to laugh at myself, it also helped me to become aware of my scarcity mindset around food. Without Yvette reflecting that back to me, I might never have known I did this, nor would I have had the opportunity to turn it into a strength.

Learning To Laugh At My Own Tendencies Thankfully, over time, I’ve gotten to a point where this behavior cracks me up.

Helping Myself To The Handouts

When I run a 5K (or events like it), and I notice they have leftovers (bananas, granola, water, etc.); I grab, grab, grab. I do not want that food to go to waste.

It doesn’t even matter if it’s food I would generally eat. I often take as much as I can carry (and then come back for more). One time I took 5 boxes of power bars. I rarely eat power bars! (And who can eat 20 oranges and bananas before they go bad?)

Still, I grab. I never let them go to waste. I give them to various people (sometimes people who really need the food); but still, I feel like I cannot leave without taking as much as I can, as fast as I can.

A friend from my gym, who has seen me do this, said during one of these events, “There goes Misti… getting her leftovers.”

We laughed. I laughed.

I love that I laughed. I’m learning to love my goofiness. Thankfully I have people around me today, like Yvette and this friend, who help me take life (and myself) a whole lot less seriously.

They’ve been a mirror for me, helping me see my own goofy tendencies, and we’ve built relationships where it’s okay laugh at our humanity.

Scoring free stuff, laughing at myself, and later finding the right home for it (sometimes, in my belly), all feels really good to be able to do.

I still don’t like buffets, because they trigger that same fear in me; eat as much as you can, as fast as you can, or else you might not get another chance.

Food is plentiful today, and yet I still have my moments where I feel like I have to grab what I can. (Be careful what you invite me to.)

Being Someone Who Can help Others See (And Laugh At) Themselves

At the core of this story is one of the reasons why I have worked with leaders for nearly two decades.

The people on your team (and all people really), are inside the jar of their own life. It’s hard (when you’re inside), to see what’s on the label of the jar.

They’re inside of their own experience of life, making it difficult for them to see themselves completely. When they see aspects of themselves they don’t like, it’s easy to waste precious time beating themselves up, rather than simply accepting themselves, and then trying out different behaviors. Without having mentors/leaders acting as mirrors, helping them see their talents (and their goofiness, with compassion), it’s easy for them to bang their head against a wall, trying to figure out why they don’t get the results they want.

Most people want to succeed in whatever it is that they’re doing. No one says, “I want to be seen as dead weight or the incapable one.” No way!

Assuming they’re the right person for the role they’re in, they want their performance to knock your socks off!

Here’s the challenge (and the point)… they cannot see, by themselves, what they’re doing that works and what doesn’t work. They’re simply doing the best they can with the information (and internal monologue) they have at any given time.

We all need that gentle (and sometimes not so gentle, but still kind) nudge to see what we cannot see by ourselves.

You, as a leader, can be that mirror, by building trust and nurturing relationships.

By setting up an environment where you can be that mirror, you can help them to grow. (As an aside, one of the benefits of building such authentic relationships is that you also get the mirroring you need for growth.)

New professionals may sometimes act like they’re all-knowing and want to progress at a rapid pace. While some people make progress faster than others, most need a little honesty, support, and encouragement, as they find their way to shining brightly. Gently helping others to see their own tendencies (like my tendency to take extra when I feel a sense of scarcity, and Yvette’s ability to help me see that) is valuable. Creating an environment where people feel like it’s safe to even chuckle at their own human qualities, is one of the greatest gifts you can give the people on your team.

The good news is that the time and energy you invest in giving your team this gift, and creating an environment where that is possible, will come back to you tenfold in engagement, productivity, care for the work, loyalty, and more.

Misti Burmeister has been helping companies and leaders create a culture of trust for more than 15 years. Help your team reach its highest potential at https://MistiBurmeister.com